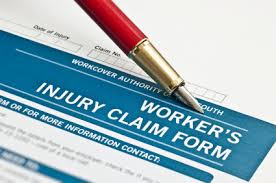 Workers Compensation in the Ancient World

Almost as long as workers have been getting injured on the job, we have had some formal or informal system of compensating workers for workplace injuries. Workers compensation claims management and processing is, if not the oldest profession in the world, at least pretty close! The earliest recorded formal and legally-mandated workers compensation scheme in the world dates back to at least the year 2050 B.C., in ancient Sumeria, in what is now Iraq. Stone tablets recovered from the city of Ur - about 9 miles from Nasiriyah - established a set system of payments to injured workers, itemized by injury.

The Code of Hammurabi later adopted the practice, as did the Greeks, Babylonians, Romans, Arabs and even the Chinese.

Into the Modern Age

The Prussians, under Otto von Bismarck, were the first modern nation-states to adopt a formal workers' compensation system following the Industrial Revolution, with the Accident Insurance Bill of 1884. Originally conceived as a measure to prevent Marxist political movements from making inroads into the Prussian/German working classes, the Bismarck program actually contained two important innovations that are at the heart of the American workers compensation system today: First, claims were separated from the tort system, so that workers seeking remedy under workers compensation rule could not sue their employers for damages in the courts. Second, claims were processed under an early version of today's "no fault" provisions. Claims could be paid promptly, because there was no need for a magistrate to assign fault or blame through a detailed fact-finding.

The system worked so well, and was so popular, that the largely German-American population of Wisconsin, in 1911, enacted the first workers compensation insurance program in the United States - modeled closely after the Prussian system.

Development in the U.S.

While the U.S. lagged a few years behind the United Kingdom in adopting workers compensation plans, there was a very limited program created for workers who were directly involved in projects involving interstate commerce, such as railway workers, established in 1908. It was limited only to this population because the sentiment at that time was that programs like workers compensation to everyone else was properly left to the states.

At the grassroots level, however, there was a growing public awareness of the hazards of industrial age employment thanks to populist, muckraking writers such as Upton Sinclair, who highlighted the plight of slaughterhouse workers in his novel, The Jungle. This awareness of the hazards of modern industrial employment in the unforgiving factories, plants led to a number of failed attempts to pass legislation in the state assemblies, early on - first in New York (1898), then Maryland (1902),  Massachusetts (1908) and Montana (1909).

Ultimately, the first state to successfully enact a broad workers compensation was the largely German-American population of Wisconsin - then very much the heart of the American Progressivist movement. Their program was modeled closely after the Prussian system, though only after a long debate between business and labor interests. In the end, they came up with the same "great tradeoff," in the parlance of the time, that was at the heart of the Bismarckian model: Employers agreed to provide substantial wage replacement for injured workers through an insurance system, without any fault-finding requirement that would cause devastating delays in payouts to workers who depended on their wages to survive. In return, labor interests agreed to give up the right to sue their employers for covered claims. This allowed employers relief from the risk of outsized claims and judgments.

Once Wisconsin broke the seal though, other states quickly followed suit: 11 more states passed plans of their own that year, four more in 1912, and eight more in 1913. By 1935, some 45 of the 48 states then existing had passed workers compensation laws of their own, and By 1948, a similar program had been established in all 48 states in existence at that time, as well as the future states of Alaska and Hawaii.

Today, all 50 states have enacted similar legislation, including these provisions:

Additionally, 45 of the 50 states delegate responsibility for claims administration to special boards. Five states - Wyoming, Tennessee, New Mexico, Alabama and Louisiana, keep the process within the judiciary, though in each case a state agency exists to help with administration and prompt disbursement of funds to injured workers.

If you have questions or concerns on this issue, do not hesitate to call Zeiler Insurance and speak to one of our customer service representatives. As an independent agency, Zeiler Insurance prides itself with quality customer services for the people of the Chicago-land area and the rest of the Midwest. Customer or not, we can review your insurance and see if you are being protected appropriately for the right price.

Comments for A Brief History of Workers Compensation Insurance Programs